With around £450 prize money on offer, competition was keen … only seven points separating the top three teams.

Although the host club was not in contention for a major prize, member Laurie Darnell had the distinction of helping winners Corringham to victory after stepping in as a sub at short notice when one of Corringham’s players dropped out.

He played in number two position with lead Joe McKie and skip Derek Sageman to win on 67 points, just one point ahead of runners-up Warley Hill A. Runwell Hospital were in third place on 60 points.

The triples competition is a highlight of the regional bowling calendar, possibly due in part to its longstanding record of being played in fine weather, Sunday being no exception, with sizzling sunshine and the mercury rising into the high 20s.

At the awards presentation, competition organiser and Brentwood vice-captain Fred Wasmuth thanked bowlers for taking part and he praised groundsman Steve Gildersleeve for his 5am start on the greens, assisted by club chairman John Howard.

Fred mentioned a host of members who helped to make the day a huge success including competition administrator Mark Rose; treasurer Peter Hayward and his team for manning the barbecue and supplying the food; Brenda Watson for running the raffle; members of the ladies’ section for catering throughout the day; and Ron Waller and his team for staffing the bar.

Fred introduced Brentwood captain Richard Rose who explained that the competition was first played in 1992 when the main trophy was presented by late club president Ron Morrish. He invited Ron’s widow Barbara, now ladies’ secretary of the club, to make the presentation to the latest winners.

On behalf of everyone taking part in the competition, Richard paid tribute to Fred for organising the competition. “He starts very early in the year and he does a great job,” said Richard. 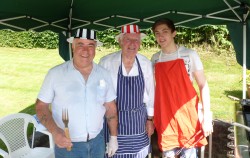 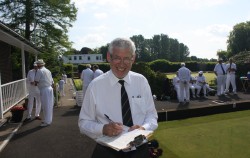 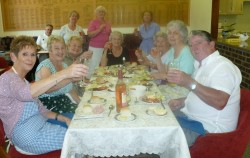 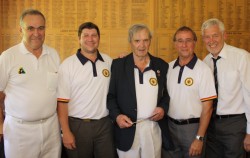 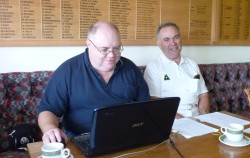 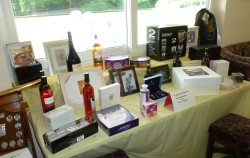 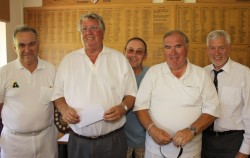 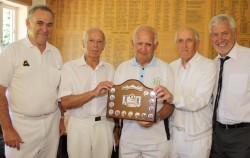